Getting to know Jadyn and Owen 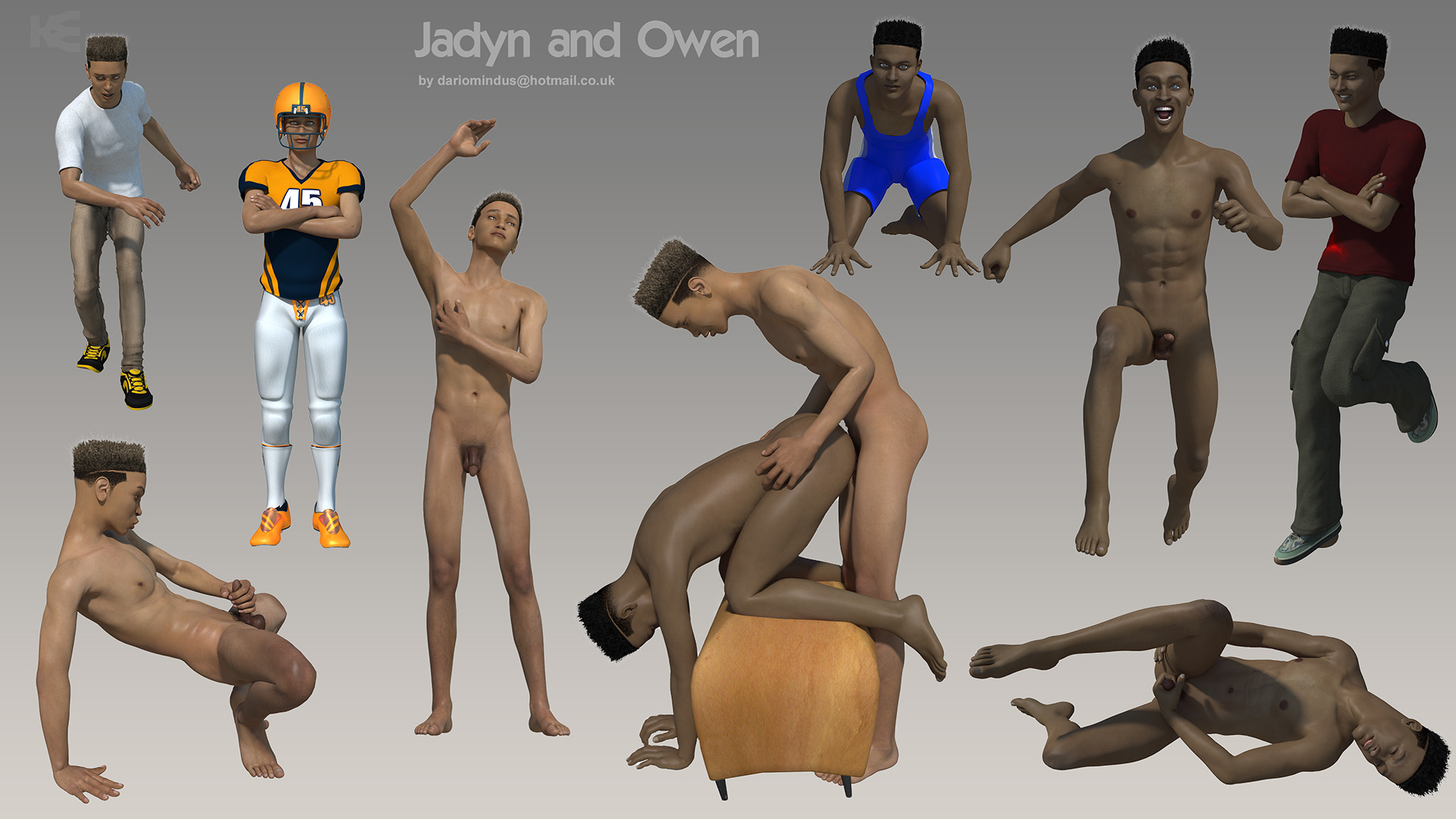 If you want to support me in my art writing and encourage me to draw or write more, please consider a small monthly donation via Patreon. You will be the first to learn about my latest work, and $5 will give you access to the 4K section of this site.

Although they are often mistaken for brothers; even twins, Jadyn and Owen are not related but they have been best friends all their lives.

Owen is full of energy and life. He’s always first up to try something new. He has a lively sense of humour and a great bubbling laugh that he is quick to utter. He’s the dominant one in the friendship – quick to come up with new ideas, and he is usually the one who suggests what they should do. There’s nothing sexual that he will not try, but despite his dominant personality, he loves nothing better than to feel Jadyn’s longer cock drilling his hole, sliding past his prostate, and pressing him deep inside. If you were to ask him, he’d tell you he likes it because he likes the way it feels in his asshole, especially when Jadyn gets it just right and Owen squirts without touching his own dick.

Lighter-skinned Jadyn is less gregarious than Owen. He’s quiet, studious and easy-going, quite happy to follow his friend’s lead in most things. He plays football, where his light frame and long legs make him an ideal wide receiver. His family is very religious, so he spends more time than he’d like to in church. When he is with Owen, he can relax and be himself. He loves to fuck his best friend, but for him, it’s more about the feeling of closeness he feels when he is pressed belly to asshole with Owen. He’d be happy to simply lay, impaled and hug his best friend; two bodies as one, but Owen has far too much energy to stay still very long for that! He loves the heat of his friend’s body close to him. He likes it best when he lays on his Owen’s back and fucks using just his hips, taking his time and driving deep.

He secretly loves his best friend and even got his hair cut in an identical style to Owen’s. But he got highlights added just to give it his own flavour.

Owen and Jadyn would give their lives for each other, and are loyal to a fault.